Mike Manis is a board-certified nurse practitioner with a master’s of science in nursing.
Mike brings 8 years of nursing experience to The Y Factor. He graduated with honors in 2012, cum laude, with a bachelor of science in nursing. He was also inducted into the national honor society and also received the honorary Dean’s Award. He worked in the area of emergency medicine at Houston Methodist, a Magnet Hospital. While there, he pioneered advanced educational nursing programs, received honorary rewards, and became a certified emergency nurse.
In 2020, Mike earned his master’s degree as a family nurse practitioner to advance his career. Mike was also class president of his graduating class of 2020.
When he isn’t working, he enjoys spending time with his family. His hobbies include lifting weights, being outdoors, and reading. He is also an active member of his local church. 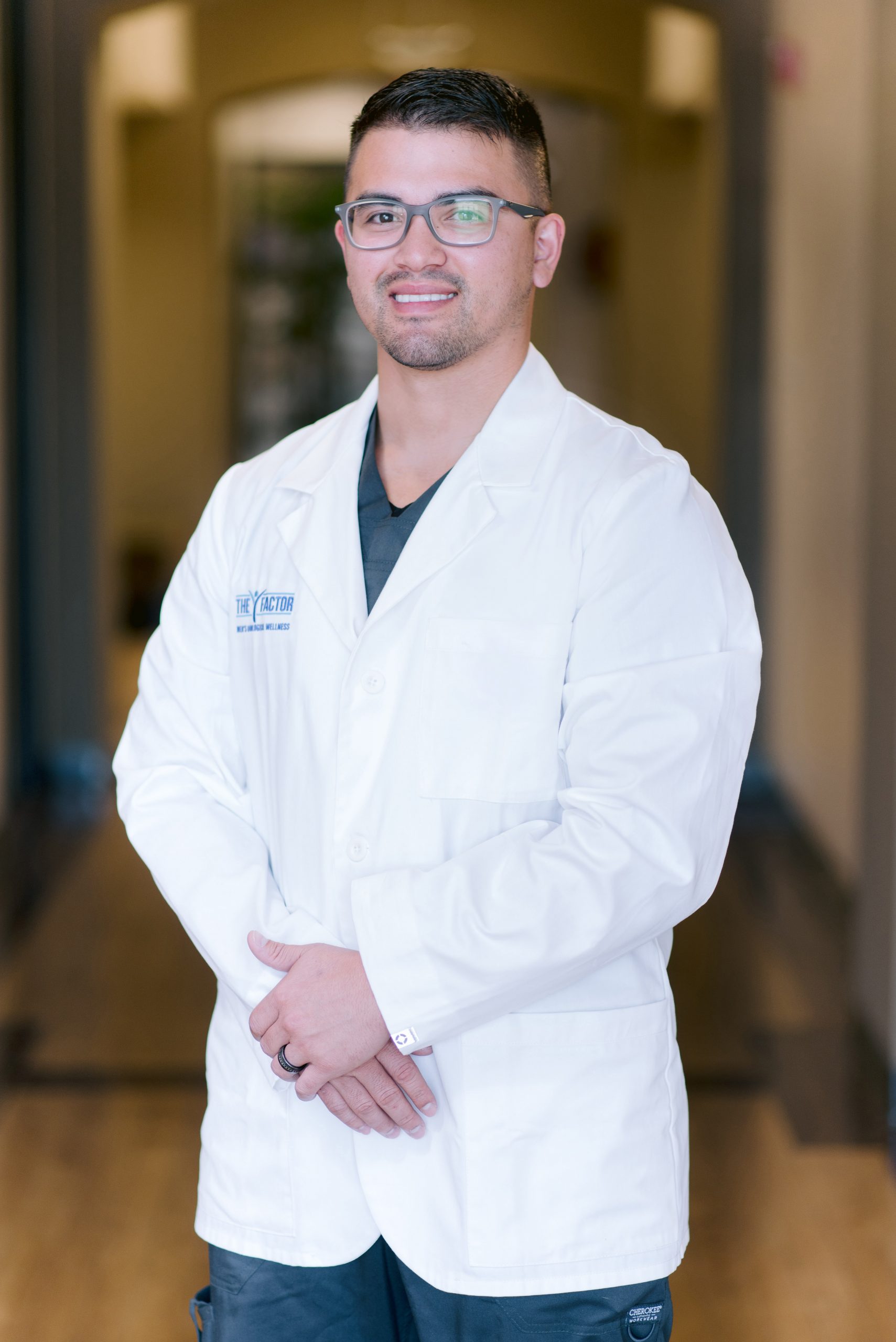