MANday- What to Know About Sperm DNA

MANday- What to Know About Sperm DNA

Sperm DNA is a silent culprit causing miscarriages, failed IVF, and unexplained infertility. What is the best way to measure a man’s sperm DNA quality?

We all know that a relied upon test to measure a man’s fertility is the semen analysis. The semen analysis originated in the early 1900s and was standardize the 1930s. Standardization of the semen analysis was to accurately measure sperm count, sperm motility, sperm shape or morphology, ejaculate volume, and the presence of blood or infection within the ejaculate fluid.

Even though the semen analysis has been used extensively over the last 70 years, it lacks predictive value in determining absolutely who can and cannot conceive. There is not one definitive sperm count, nor motility or morphology threshold that adequately differentiates the fertile versus the infertile male.

An important missing component not measured in the semen analysis is the sperm DNA quality. The sperm DNA is the genetic code encapsulated in the sperm head that gets deposited into the egg and along with the egg’s DNA begins the development of an embryo and a future viable pregnancy. The first report of sperm DNA testing dates back to the late 1980s and early 1990s.

Abnormal sperm DNA has been responsible for failed IVF cycles, repetitive miscarriages, and unexplained fertility, defined as infertility occurring with a normal semen analysis and normal female fertility. A reproductive Urologist will have high suspicion of abnormal sperm DNA in his patient if he has a history of prostate infection, a varicocele, a barren marriage with a normal semen analysis, or a history of failed IVF cycles or miscarriages.

There has been a great interest in predicting the quality of the sperm DNA by evaluating the traditional parameters of the semen analysis. Neither the sperm count, motility, nor morphology are useful to predict sperm DNA. Specialized tests have developed to assess the sperm DNA. Of the currently eight sperm DNA tests available, I will briefly mention the three more popular test used by reproductive urologists.

The Tunel test, SCSA test, and the Comet test are all three sperm DNA tests used by today’s male fertility physicians. Each test has its limitations. The Tunel test requires very few sperm count and correlates well with clinical outcomes and is the preferred test for couples considering sperm DNA and IVF. Its limitation is that it is difficult to standardize between different laboratories therefore should always be done in the same laboratory.

The Comet sperm DNA test can be done on low sperm count and is sensitive and reproducible to assess male fertility potential in couples trying to conceive naturally. Its limitation is that it requires an experienced observer and therefore produces significant interobserver variability. The same technician should examine all the specimens from a single patient.

The SCSA sperm DNA test requires higher sperm counts, more expensive equipment, and highly skilled technicians and therefore is offered through fewer locations. All three of these more popular sperm DNA tests have been determined to be effective for distinguishing between fertile and infertile male patients and have application in men based on their different sperm counts.

The Y Factor fertility team routinely uses the Tunel sperm DNA test to provide an effective evaluation of male fertility across all sperm counts. Because the Tunel assay is a highly specific and reliable test with minimal interobserver variability, it is therefore our preferred technique for determining sperm DNA quality. 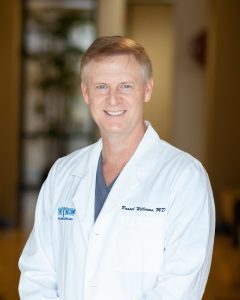 Dr. Russel H. Williams is the founder, CEO and CMO of The Y Factor and brings more than 20 years of experience. Dr. Williams earned his Medical Degree at the University of Texas at Dallas Southwestern Medical Center, where he graduated at the top of his class. He completed his urology residency at Baylor College of Medicine in Houston, then completed a male reproductive medicine and microsurgery visiting fellowship at the New York-Presbyterian/Weill Cornell Medical Center in Manhattan, New York. Dr. Williams is an active member of the American Urological Association, American Society for Reproductive Medicine, and peers recognize him as one of only a handful of Reproductive Urologists focusing on men’s urological wellness & fertility.